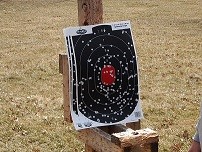 One of the many reasons I like a shotgun for hunting or home defense is its versatility in use of ammo. 2 3/4 or 3″ shells and anything

from number 8 bird shot to number 2 small game loads to slug rounds for deer. Shotguns can handle almost any load that you need for hunting. Higher number shot (like the number 8) are used for smaller birds at a closer range because the BBs are smaller and the dispersal pattern is wider. The shot is designed not to destroy the small bird you are shooting at, just knock it down. Conversely, smaller number shot (like the number 2) have heavier BBs and are meant to take down larger birds or small game. Double 00 buckshot is the heaviest of the multiple shot load ammo. Finally there is the slug round. This is a very large bullet contained within a shotgun shell that does not disperse when fired. It’s meant for hunting large animals such as deer because it’s a very precise round with tremendous knockdown power. You can get a rifled barrel for your shotgun to shoot these type of rounds and it will twist out of the barrel just like a rifle round, making it extremely accurate. [Caution, shooting regular shot through a rifled barrel will render the rifling worthless.] 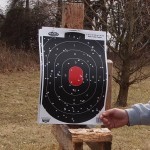 Many hunting shotguns have an adjustable choke which can extend or shorten the distance of the BBs coming out of the gun by widening or narrowing the pattern. The length of the barrel will also effect the range of any load you put through it. Typically, shotguns used for long distance shooting, such as for duck and geese, will have a longer barrel so the shot gets out farther before the pattern drops and disperses. If hunting grouse or pheasant, you might use a shorter barreled shotgun so it’s easier to get it up on target quickly to take a close range shot as the bird is exploding off the ground (usually at your feet).

Then there’s the shotgun for home defense. Mine is a Mossberg 500 ATP pump shotgun with a 20″ barreled and an extended ammo tube capable of holding 7 shells, plus one in the chamber. I like the pump over automatic shotguns because they almost never jam and are very easy to manually load and unload. Remington also makes a great pump shotgun called the 870 Wingmaster. I used the Remington when I was in the USMC. Both are great guns and it comes down to personal preference. I like my Mossberg because the safety is easy to see on top of the receiver housing just before the stock. 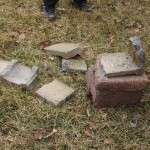 The versatility of this gun is that you can load many types of ammo depending on what you want the gun to do. The type of ammo you select should be determined by how you expect to use it. Lets say you are prepared to defend yourself and your family from a home invasion that could happen in the middle of the night. You stage your shotgun in the master bedroom so you can easily access it coming out of a dead sleep. If you had to use it right there in the bedroom, in the dark would you want a precision load or one with a wide pattern? Would you want to contain the shot within the bedroom walls or are you okay with it going through the dry wall and into another room? Do you want it to stop the attacker or just scare them away? This should be thought out carefully before deciding what type ammo to use. In this scenario I would load 3 number 6 shot, then 3 double 00 shot and finally 2 sabot (slug) rounds. The lightest and widest loads come out of the gun first, followed by heavier shot capable of shooting longer distance in a smaller pattern, with the slug rounds at the very end to make a through the wall/door shot or a precision distance shot. Knowing what type of ammo is loaded in your gun and their sequence is key. It allows you to cycle through the rounds by either manually unloading them with the pump or by firing until you get to the rounds you need. 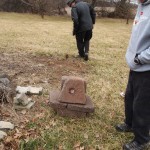 You can probably come up with many of your own scenarios where multiple loads in a shotgun would be useful. The key is picking the right loads for your home situation and then knowing what order they are in. I would recommend walking through several scenarios in your home with an unloaded and safe shotgun. Visualize how you would use your gun, pick out aim points, lanes of fire and safe areas. If you have a family, walk them through the scenarios as well. Everyone should have a role to play and know when and where to move to safe areas and how to call for help. Whatever guns and ammo you decide to use, please make sure it is legal in your state and always always always ensure your weapon is safe from children and visitors.

Send your comments and questions to me below!