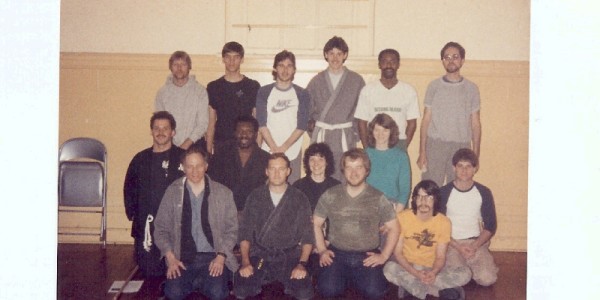 After publishing articles on my early days of martial arts training in the 70s, several of you asked me to write about my first few years training in the Bujinkan. This article will cover the official start of my Bujinkan training with Larry Beaver in Florida until I moved to Alaska in early 1988.

From 1983 – 1987, I was stationed at MacDill AFB, Tampa, Florida. This was my first Joint Duty Assignment with US Central Command (then was) a brand new Combatant Command (a combination of Readiness Command and the Rapid Deployment Joint Task Force) and was one of my duty station choices after completing an FMF (Fleet Marine Force) tour on Okinawa. During that Okinawa tour I was able to continue training with my teacher in KuKempo with short trips up to northern Japan. I was also fortunate to train for a short time in a form of Tai Chi Chuan and Wing Chung taught by a very interesting Okinawan Sifu named O’kama. He taught me some Chinese silk fan and iron ring techniques that years later translated really well into Bujinkan techniques of the Tessen and Shoge. 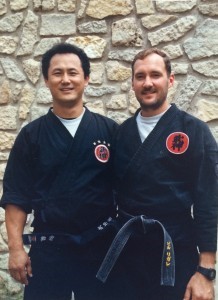 Shortly after arriving at MacDill, I started working with (then) USAF Capt Jeannie Schiff. Jeannie was an avid martial artist and it wasn’t long before she introduced me to Larry Beaver and Togakure Ryu Ninjutsu. You may recall me mentioning in a previous chapter of, The Way it Was – My Early Days of Training, that I had heard of Ninjutsu when I was living in northern Japan in the mid-later 70s, but my KuKempo (Shoen Fukuda) told me the head teacher lived in Tokyo and there was only one instructor in northern Japan (possibly a reference to Kan Sensei, but I am not really sure). Since there was no bullet train back then I was looking at a 13 hour drive or a 20+ hour train ride just to get to Tokyo. Unbeknownst to me, Fukuda Soke was teaching me parts of several of the Bujinkan Ryu mixed in with his KuKempo. From what I have pieced together over the years, these were Bujinkan samurai-based ryu: Takagi Yoshin Ryu, Koto Ryu, Gyokko Ryu and Shinden Fudo Ryu. Fukuda Soke came from a long lineage of prominent northern samurai, so he would never let it be known he trained in Ninjutsu, let alone teach it.
So I was excited to finally be training in Ninjutsu, but I thought it a bit ironic that I had to move all the way back to the States to do it. I trained with Larry for approximately three years starting in early 1983. Larry was a good instructor and I learned quite a bit from him and others attracted to his dojo at the time (Dick Severance being one) including martial arts, wilderness survival, the sweat lodge, some tracking and climbing. But as good as he was, Larry had limited knowledge of Ninjutsu and even less of the other Ryu that comprise the Bujinkan. His training up to that point (according to him) consisted of a TKD black belt from SKH when he was teaching in Atlanta, some periodic training in Ninjutsu with SKH when he was going back and forth between the States and Japan, a few seminars with SKH after moving to Florida and one seminar with Hatsumi Soke (the first Ninja Festival 1982). Unfortunately, Larry never kept up his Bujinkan training. He never went to Japan and didn’t attend any TaiKai events during that time. Without advancing his knowledge in the Bujinkan, it only took his students a couple of years to learn everything Larry had to teach. After the first SF Taikai in 1985, I asked Doron Navon to be my teacher. I still trained a good bit with Larry because his training was a lot of fun, but Doron was my Bujinkan Sensei. I attended Doron’s seminars in Toronto where he was studying Feldenkrais, and hosted him for seminars in Tampa. At the 1987 Ninja Festival, Doron recommended me for Shidoshi-ho to Hatsumi Soke.

My association with Doron and then receiving a Shidoshi-ho license (fairly rare back then) meant a lot of people visited the Tampa dojo and I started getting asked to teach seminars of my own. My first seminar away from Florida was March of 1987 in Baltimore, hosted by Will Sheppard. The seminar was a lot of fun. We were all young and thirsting for knowledge of the Bujinkan martial arts. The 80s and 90s was an era of tremendous personal growth in the Bujinkan, especially for those of us who started going to Japan or moved there for training. Back then, Gaijin training in Hombu were few and the exception. My first Bujinkan training trip to Japan was early 1989, but that is another story. 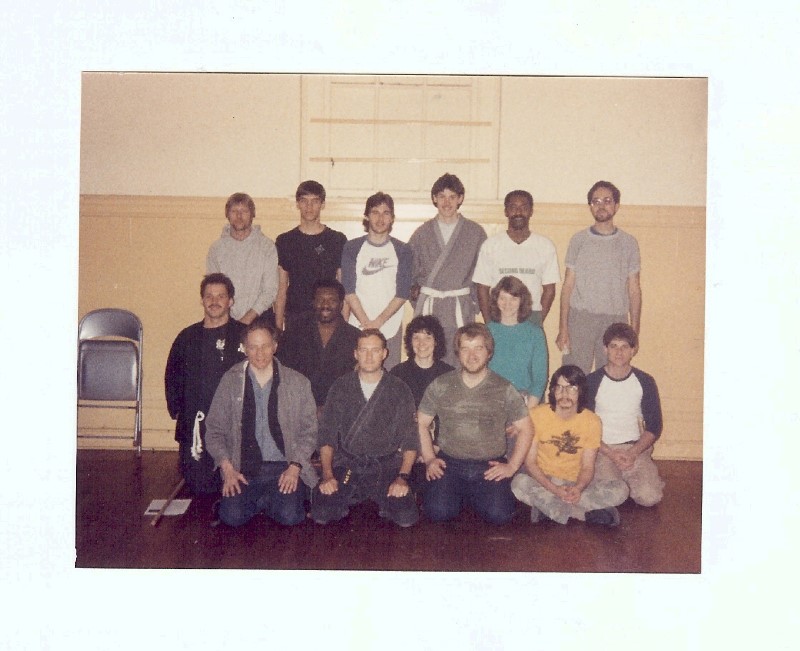 In the photo is a very young Phil Legare, Carol Koch, and Larry Turner. George and Betty were gracious hosts. I can’t remember the names of any of the others in this photo. Hopefully someone will post their names and if they are still training in the Bujinkan. Will is in front to my right. Little did we know that a few years later Will would die in a tragic night training accident.

As always, I appreciate your comments and feedback.